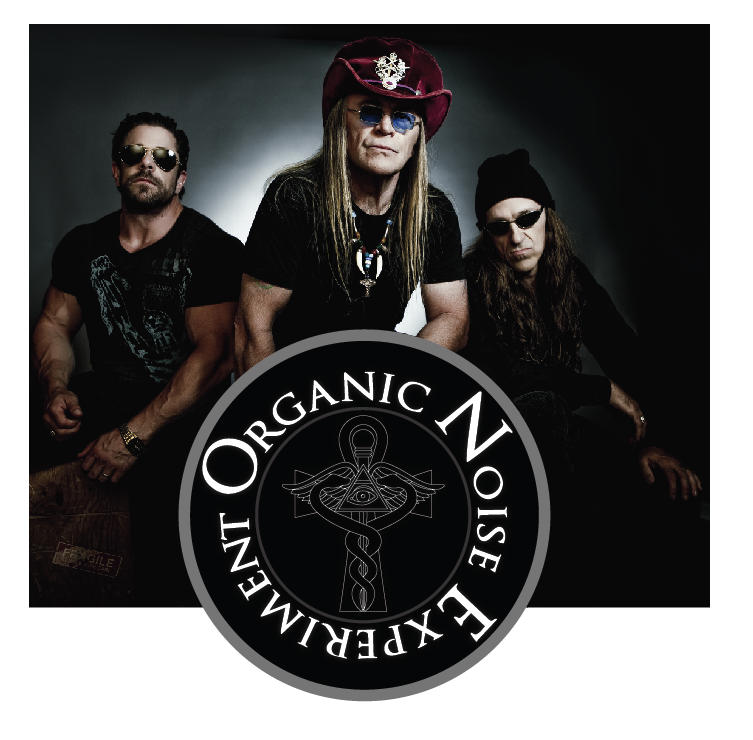 ORGANIC NOISE EXPERIMENT is a Progressive Blues Rock Band from Montreal, Quebec. This power trio consists of Marius Luca (Vox, Bass, 12 String Baritone, Special FX), Shawn Haines (Guitar, More Guitar, Vox, all Guitar Related Stunts), and Louis Doré (Drums, Percussion, Vox, Sticks Juggler Extraordinaire). Although a relatively new outfit, the band has been “officially” formed since August 2013. This power trio has existed under the moniker BROKEN RULE since 2011. Shawn and Marius have been together in Broken Rule since 1991 (23 years). Louis, from the trenches of the Montreal’s music scene, joined in 2011.

Broken Rule has toured North America coast to coast numerous times (at least 25 transcontinental tours come to mind as we write this), promoting various independent releases, now long out of print (seeing ourselves #1 somewhere in Manitoba, for instance, on top of PHIL COLLINS and POISON, still brings a smile to our faces – we have the papers to prove it!).

So… Far from being “green”, this bunch of seasoned musicians is ready to rock under the Organic Noise Experiment – O. N. E. moniker with a pair of albums to boot. Prior to Marius Luca’s arrival in Canada, he had already been a bona fide rock star in his country of origin, Romania. That explains the recent O. N. E. inclusion on the Romanian compilation “Muzici din diaspora”. Back in Romania, Marius had been a founding member, or released successful albums with bands such as: Compact, Metropol, Metrock, to name a few. That also explains why the band sings in English and Romanian. There are at least 2 albums worth of material already recorded, and more on the way, so we’re in for a good time. Hope to see you at the shows. We’ll compensate you with our undimmed exuberance for a job that still makes us scream and shred our instruments! 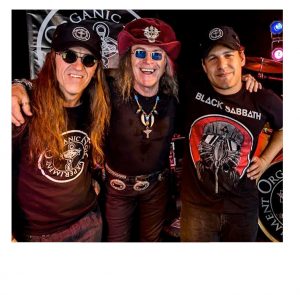 Greetings, and welcome to our new and improved web site! It’s time to clarify a few facts about us. As you know by now, in the fall of 2016, abut two weeks before a Montreal show and a whole booked Romanian tour, Shawn, unexpectedly quit the band. Although we could bullshit about “musical differences, etc.”, the truth of the matter is, that to this day, we don’t know the reason.

All that we knew was that we’ve been left with a string of concerts already booked, and a guitarist missing in action. So we turned to the only person able to pull this off, our friend, Angelo Zarra!

Now, Angelo has his own thing going, but was kind enough to put his own projects aside, and help us out, deputizing for our guitarist for the two Romanian tours, and a couple of Canadian dates we had booked. The people who came to our shows have seen what a terrific job Angelo did, especially under those circumstances (for those of you who couldn’t attend our concerts, there are pictures and clips on our Face Book page, and we’ll have some right here soon, so keep on visiting this web site). Thank you, Ange, for the bottom of our hearts! It has been an awesome ride, you’ve been a joy on and off the stage, thanks again! We couldn’t have ask for better.

My dad, bless his soul, gave me once a great piece of advice, from a wiser, more experienced person’s perspective: “son, you should live your dreams, and not dream your life. Don’t recount your life, live it instead!” It marked me for life.
This is an idealistic band. We firmly believe that music can change the world into a better place. And while we think that a lot of the music today is like a text message, we want our music to be like a hand-written love letter to our audience. We’re living in a digital world, but we’re still analogue. As I said, we’re an idealistic band with a vision. And we think this has to have social relevance in what we do and play. We should be tolerant, but we shouldn’t tolerate any intolerance, it doesn’t matter where it comes from.

It’s a privilege that people are listening to us when we have something to say. I think the pressure we have on our shoulders is not to reach out to the audience, but to explain to the professionals (press, event organizers, concert promoters, etc.), to make them understand what we are all about. The audience is the easy, pleasant part!

So, that being said, we wish Angelo the best, and we’ll stay in touch! We’ll be busy now looking for our new guitar player, writing and tracking new songs. We would like also to thank our friends: Alice, Laura, Nick and Iotza for the pictures and video clips, and welcome Frank and Rob at RS Media to our team. They are the new administrators of this web site. So keep on visiting our site, it’s gonna keep you informed on what’s up and how O.N.E. Mark II (so to speak!) it’s gonna look and sound like. Rock O.N.E, everyO.N.E!!!

And so, we’ve got some answers, finally! It was an eventful journey, so far, and we decided to explore some musical territory where no guitarist’s hand set foot yet! Here we go: from “power trio” to “dynamic duo”. We’ve got our mojo back, so we’ll be touring promoting our new albums, “EPITAPH” and “2 4 ONE”.

You never know which album it’s gonna be your last one. You can’t take it for granted that there will be another one, or another tour, or another show, for that matter. So when we do a record, we want it to be great! We want to end it on a high note. To keep going, and when the moment comes, to have a nice way out of this wonderful madness. The best thing is that we have a good chemistry, and our friendship is still intact. “We’re here for a good time, not a long time” – some song says… So, boys and girls, children of all ages, let’s rock another O.N.E!!! 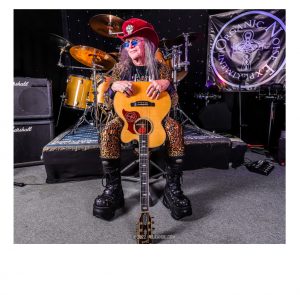 Everybody’s journey is so different and unique…Persistance and dedication to your craft, I think, are two key elements that should sustain you – emotionally, spiritually, and in a physical sense. So here I am, with just an acoustic guitar, harmonica, and slide (plus effects, because “Experiment” is the key word), promoting our new album “E Pluribus Unum”. It seems like it’s all been leading up to this singular point over the last four years. We’ve been both collectively building this album, and I’m doing other things, that are quite outside the box – I probably shouldn’t mention that right now. But it’s all coming to fruition, so we’re looking at exciting times. Still got a lot to accomplish: stories to tell, pictures to paint, mountains to climb, and, of course, songs to sing and music to play. I’m particularly interested to see people’s reactions to what we do next…